The only thing that Ray was ever afraid of (at least that I can remember) was the vacuum cleaner. He didn't tremble in fear or yell at it, he just removed himself from its vicinity as quickly as possible. For the first I-don't-know-how-many years, Ray would exit the house and stand in the bushes until I was done (I didn't vacuum much in the winter). Then as he grew braver, he would just go to a different room. Toward the end of his life when he finally conquered his fear, he would lie on the couch and "watch" it. If I bumped his couch as I was vacuuming, he would climb down and move to a chair or the other couch.

The only thing that Cully is not afraid of is the vacuum cleaner. Although she is a bit nervous when I vacuum, she doesn't head for the hills, doesn't tremble in fear, and doesn't bark at it. I can only tell she is nervous by the fact that she picks up her favorite toys and surrounds herself on the couch with them while I go about my chore. Her other less-favorite toys are left on the floor to fend for themselves. 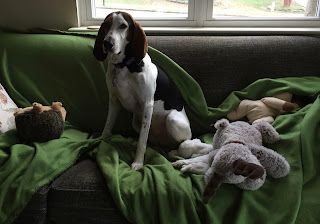 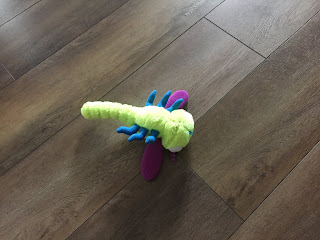 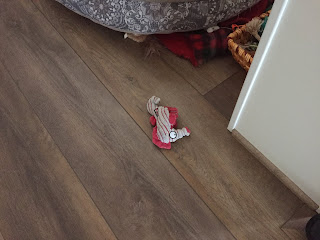 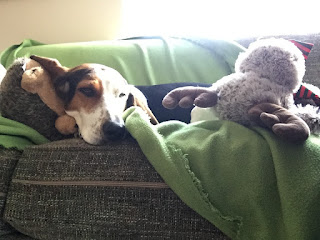