"Juno, stop that," I said sharply to my little troublemaker.

Juno had been playing with her tiny, stuffed mousie, batting it back and forth along the bottom edge of the cellular shade that slides sideways to cover the sliding glass door. She and Harvey both like the racket that the shade makes when they attack the bottom edge and so they carry their toys there to play. The shade being a very useful (keeps the cold out) and rather expensive item, I'm not thrilled with their choice of play area, hence the kitty correction.

I heard dog feet hit the floor upstairs. Ray, who had been sleeping on our bed was headed downstairs to take care of the problem. He likes it when I reprimand the cats and feels it necessary to join in whenever possible. 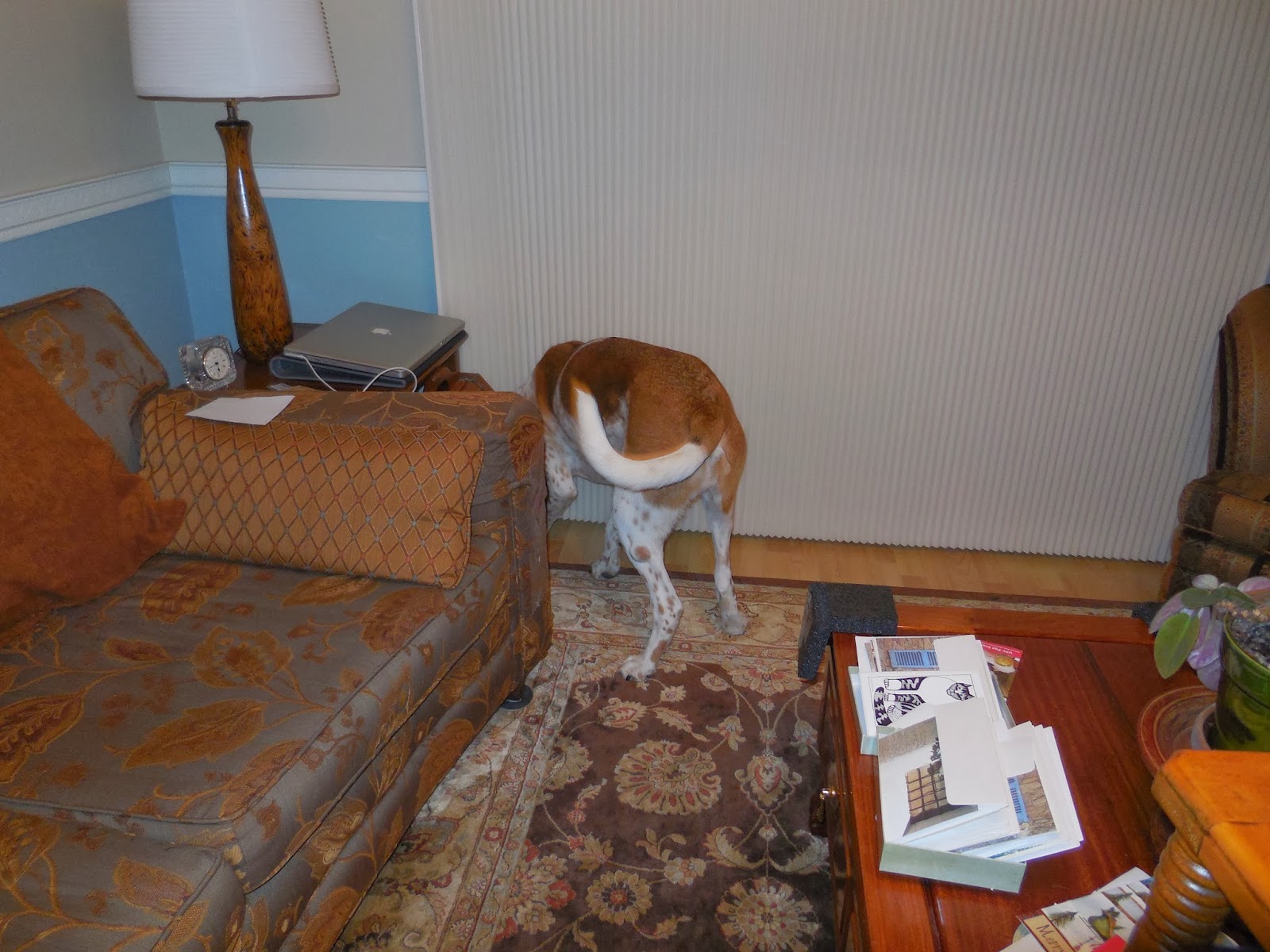 Ray trotted up behind the little cat. Juno ignored him until his big paw reached out to give her a whack then dodged him and quickly darted under an end table and behind a wooden box containing stashed yarn. Well protected, she turned and looked at the blind hound, awaiting developments.

Ears deployed in dumbo mode, Ray searched along the sliding shade looking for her. Not having much success, he turned to leave. As soon as he did so, Juno rushed out and attacked the bottom of the shade again, reaching under it to bat her mousie. At the sound of the shade, Ray spun around and rushed back. Juno shot for the end table and watched the dog, a definite gleam of mischief in her eye. 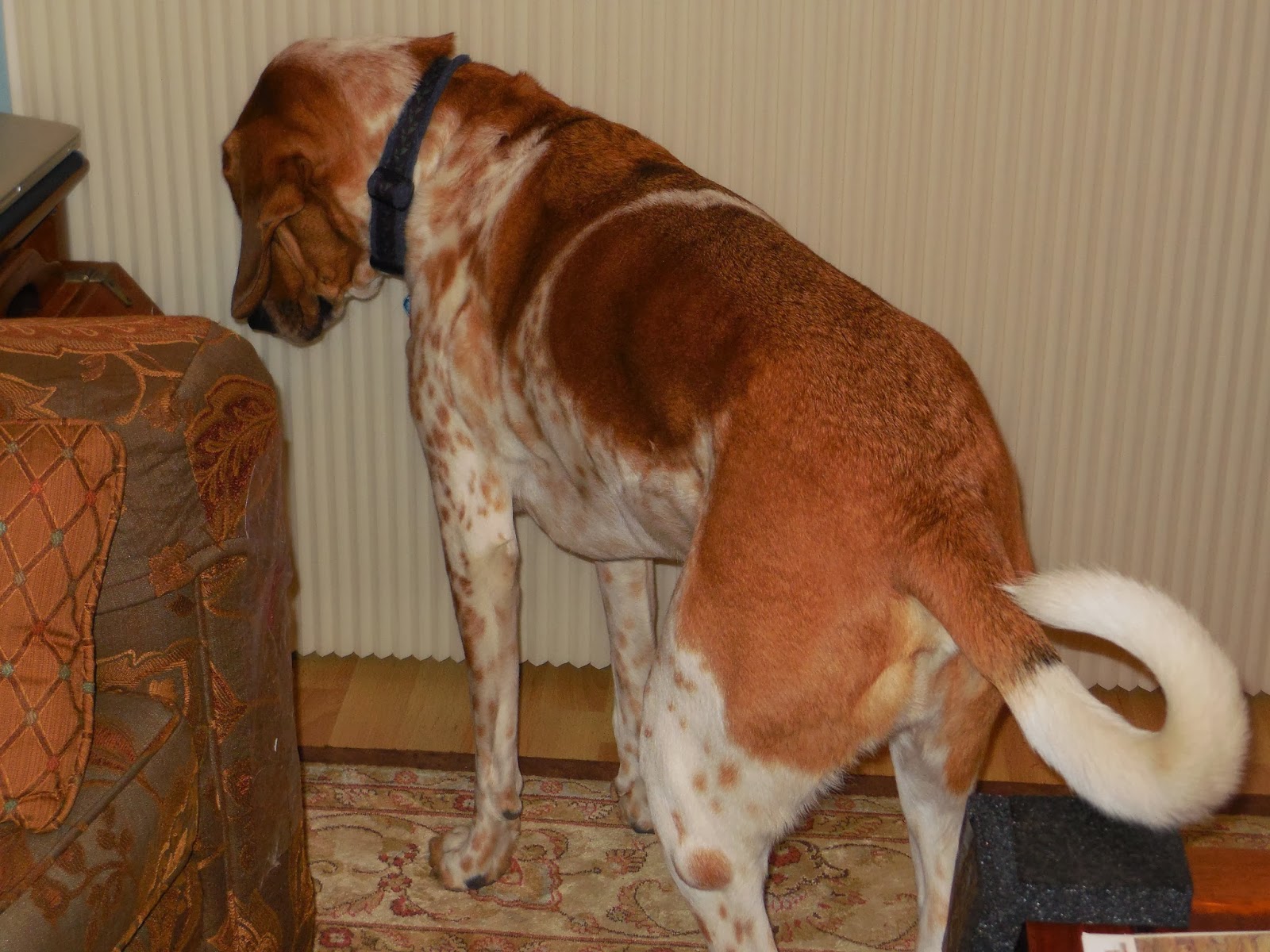 Deciding that the end table was the place, Ray reached out a paw and felt around trying to dig out the miscreant. Juno waited for him to move, then seeing her mousie just beyond the yarn box, reached out her paw and hooked it with one claw, rattling the shade in the process. Again hearing the shade rattle, Ray jumped both paws in the direction of the noise, landing squarely on the mousie. He nosed his prize, and deciding it was worth further investigation, gingerly picked it up in his teeth and tried to carry it away. 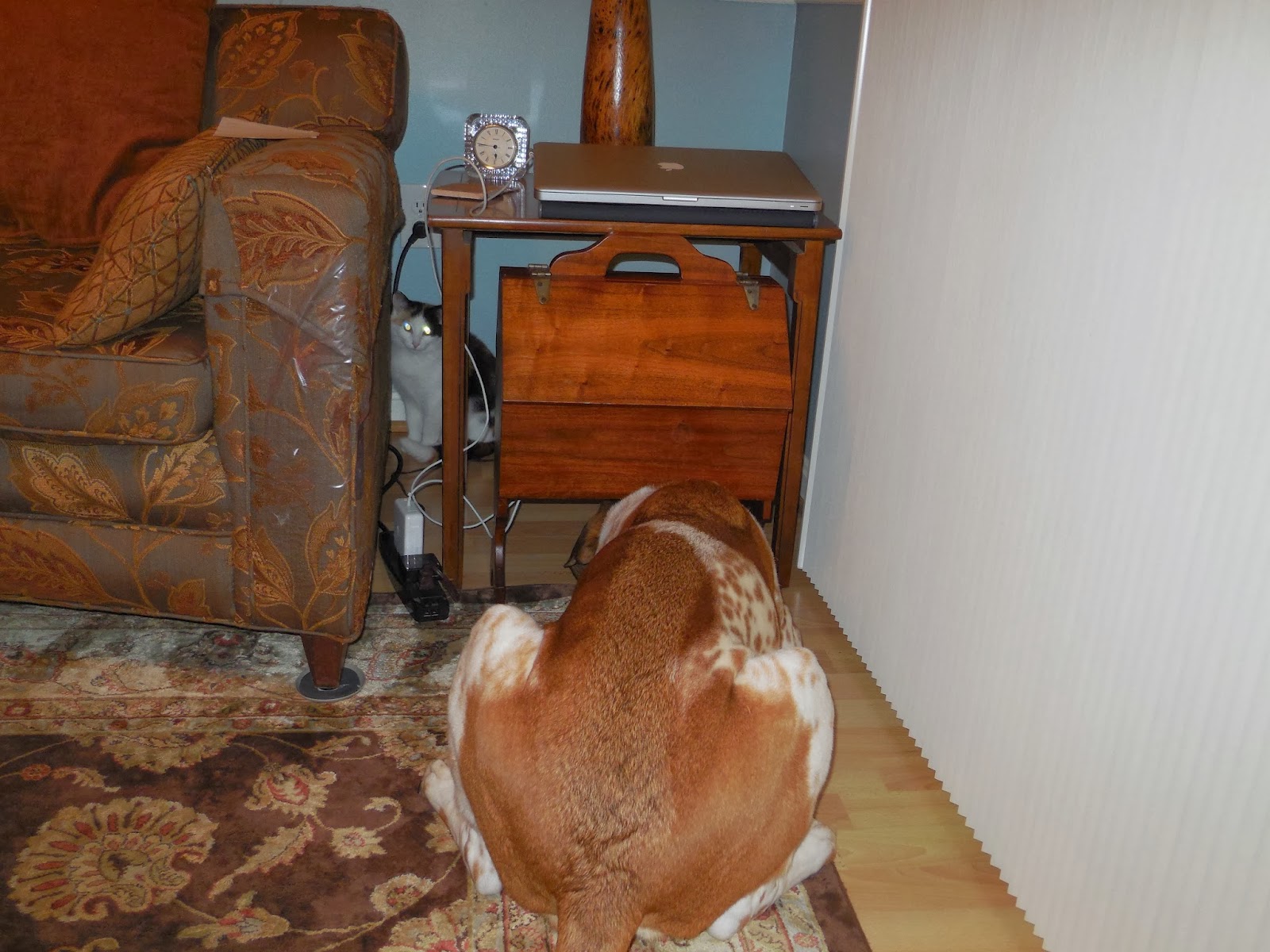 Still attached, and not willing to give up her mousie, Juno pulled back. A tug-of-war ensued. Vastly outweighed, the little cat quickly lost the battle. Ray happily withdrew with his prize. Outraged, Juno watched as Ray used one big paw to hold her tiny toy to the ground and pick at it with his teeth.

Unable to get a good grip on such a small item, Ray left it and went to curl up on his chair. He had barely laid down when Juno went to fetch her mousie. She carried it back to her play area; the shade rattled. The big dog leapt from his resting place. The game continued. 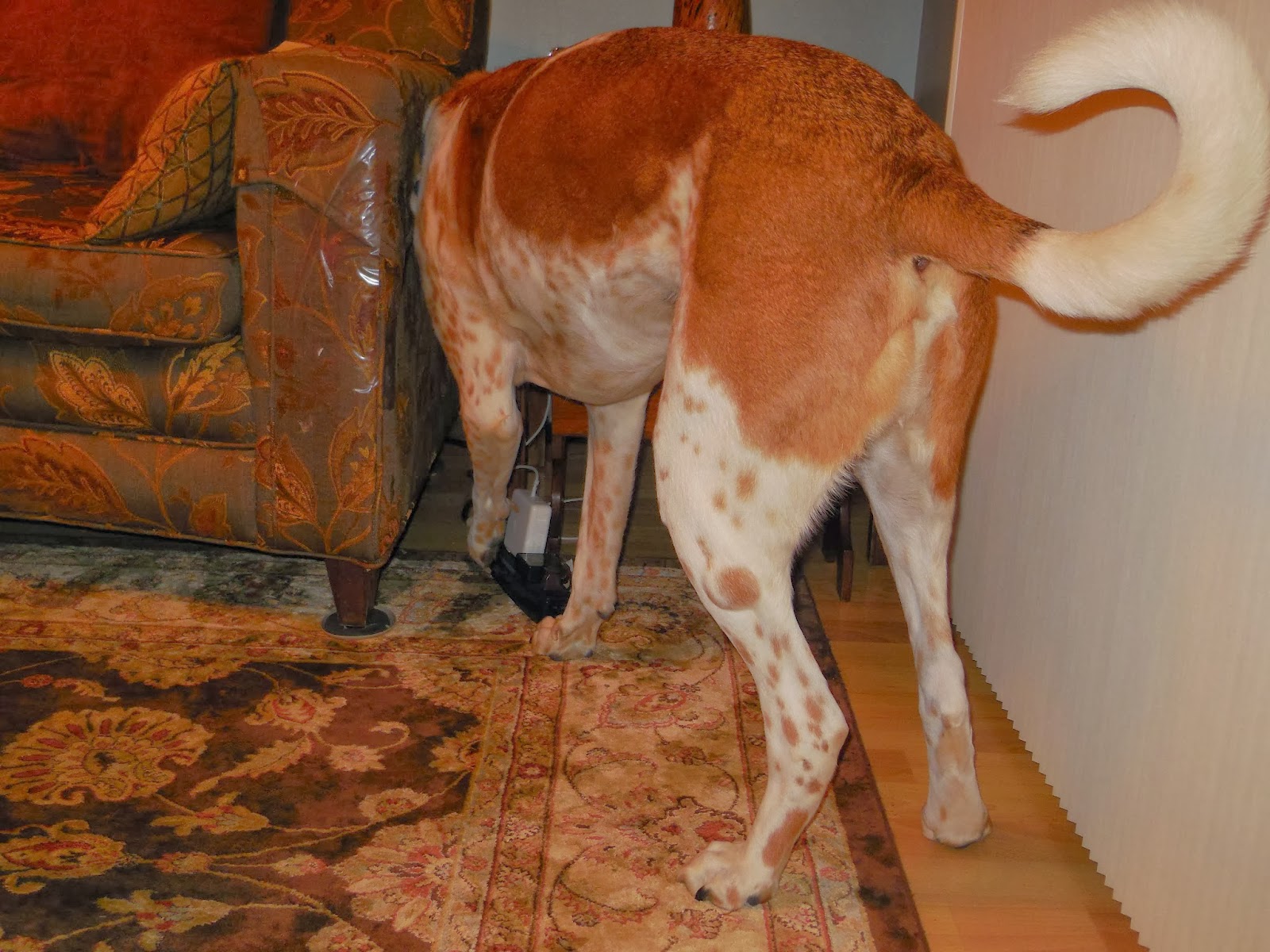