I was going to post these two photos of Ray and Juno, just because they were so cute, but something nagged at me every time I looked at them. I soon realized that, for some reason, they reminded me of paintings; specifically they reminded me of the Tahitian paintings by Paul Gauguin.
I decided to look at images of Gauguin's paintings,  pick one or two that were somewhat similar, and then post them alongside these photos of Ray and Juno, but I found that I couldn't narrow my choices enough (although I did kinda like The Fisherwomen of Tahiti). Some of the paintings have similar colors, others have similar composition. So I've decided to just put this out there: If the two of you that still follow this blog are bored, Google "tahitian paintings by paul gauguin" click on the "Images" tab, skim through the pictures, and post the name of your selection in the comments. I'm VERY interested in what you think.

RAY AND JUNO ASLEEP ON A BED WITH YARN 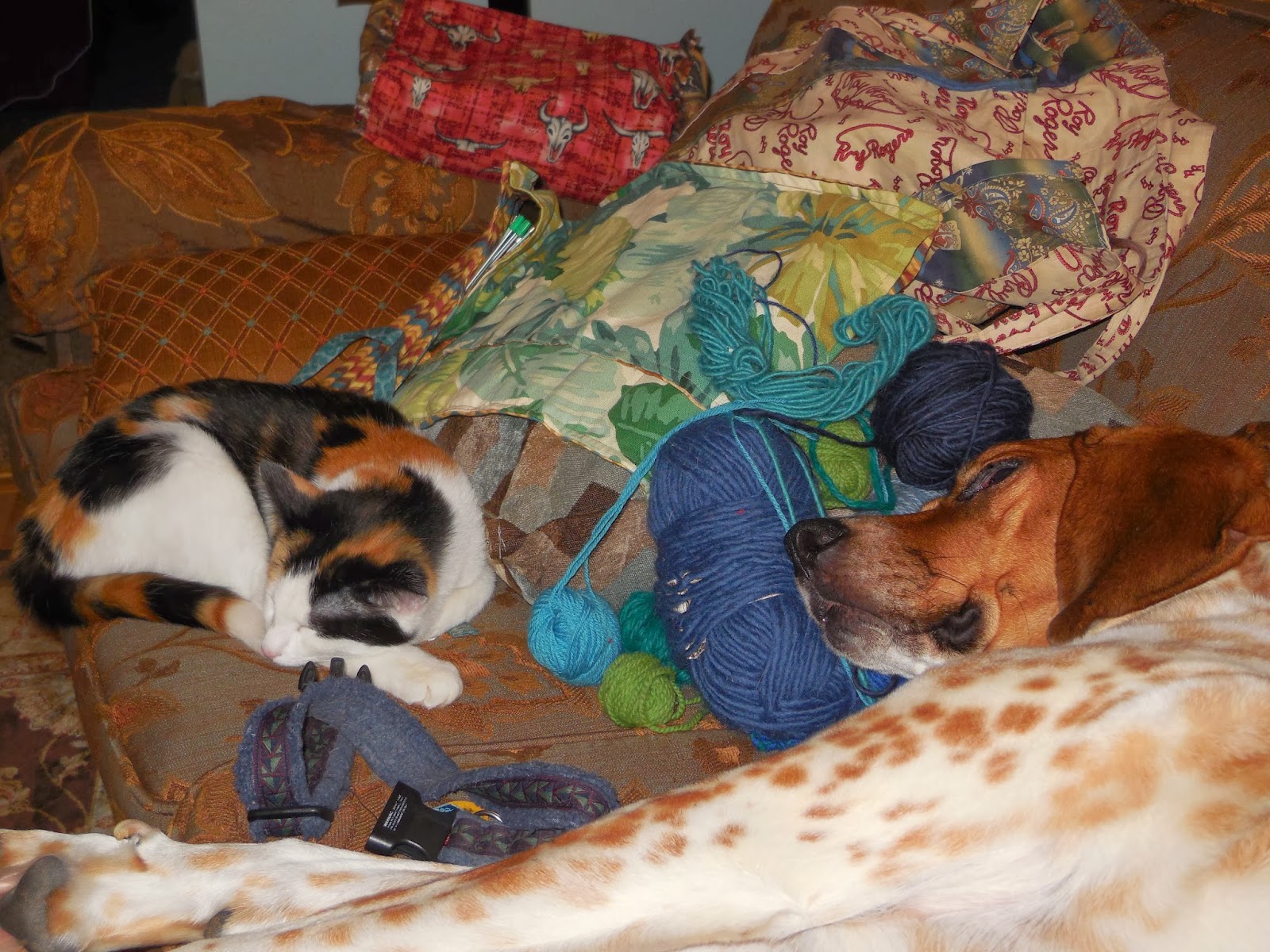 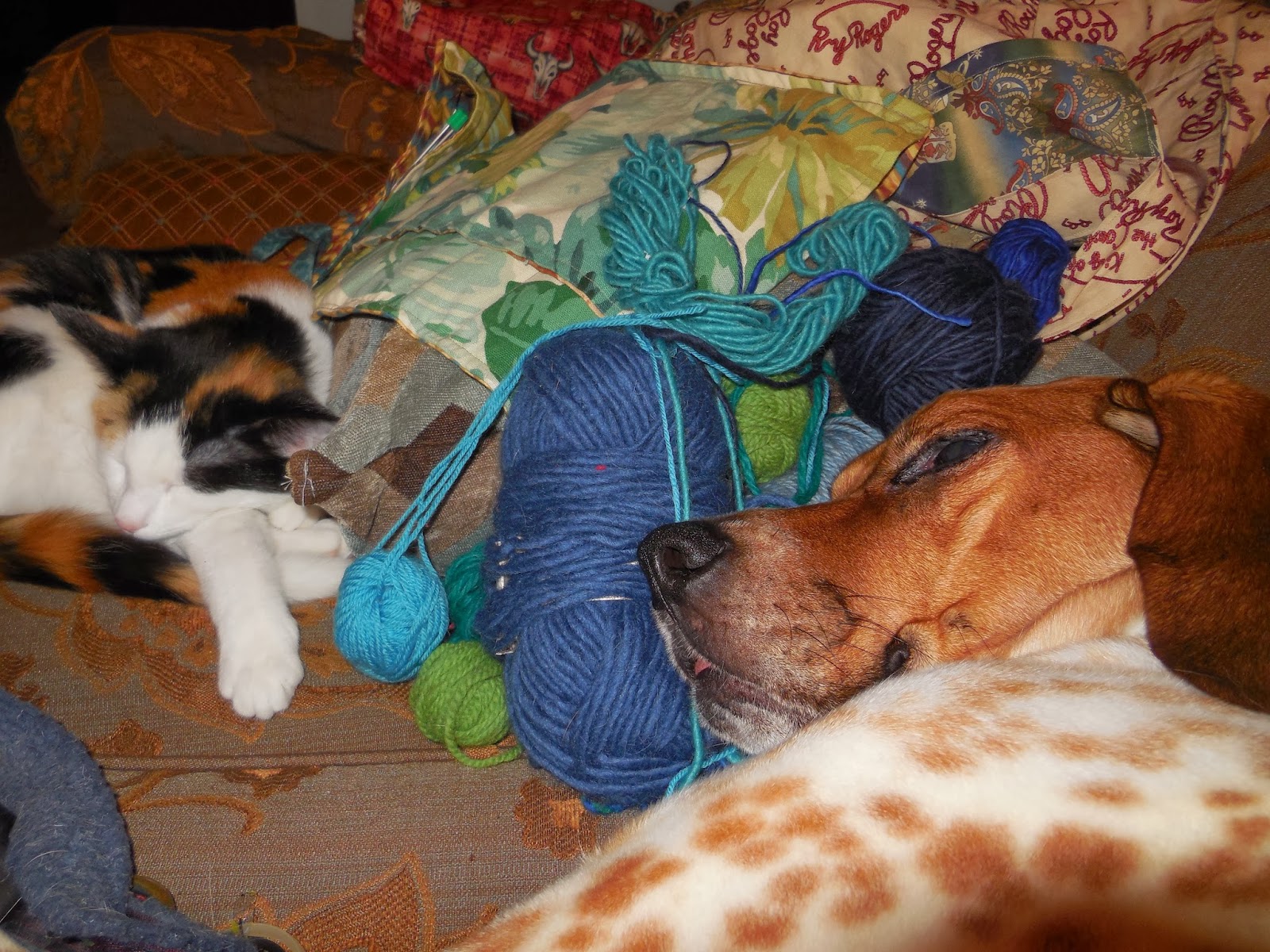 Below added after reviewing the current comments: