Faster than the Speed of Light 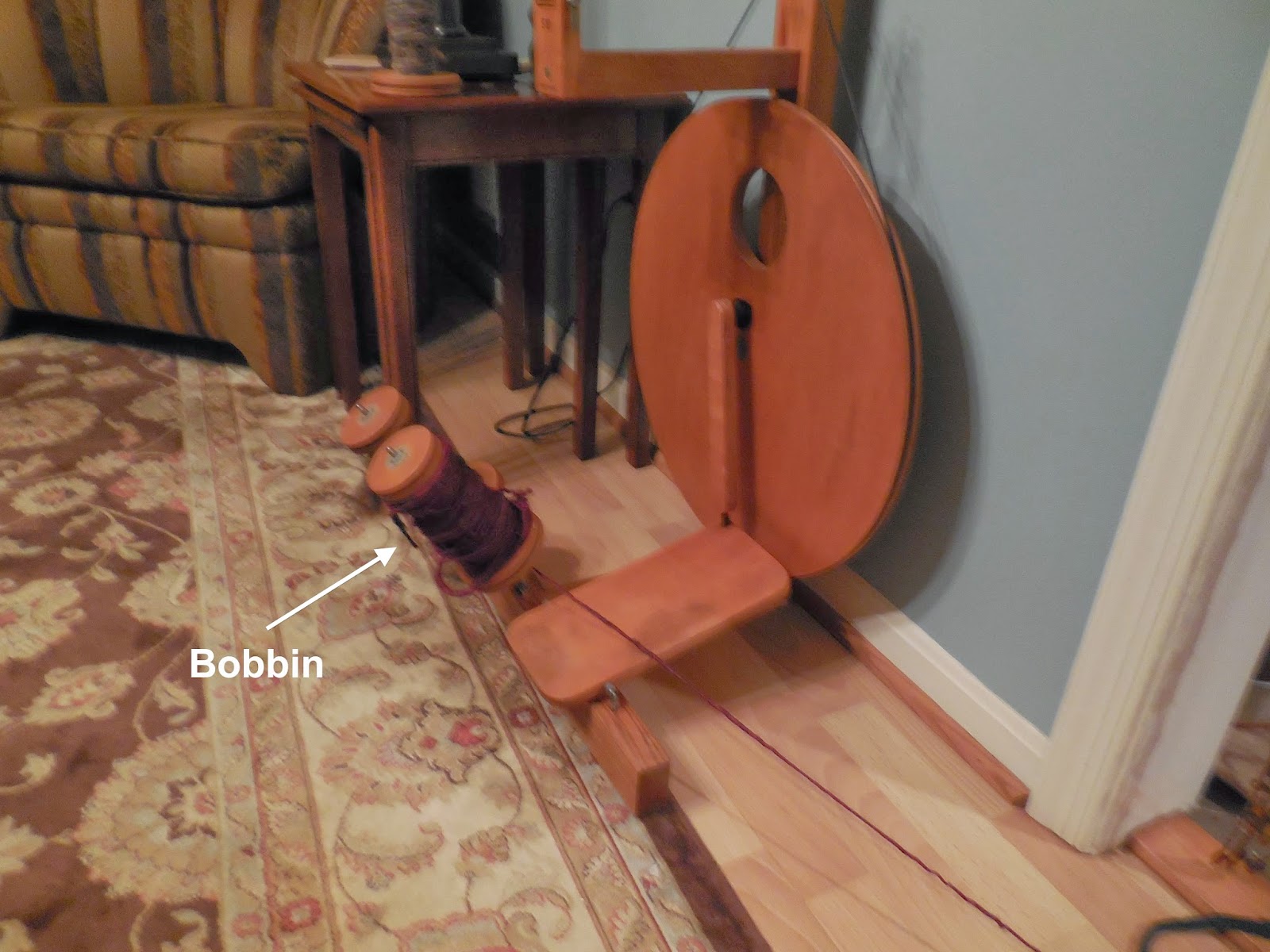 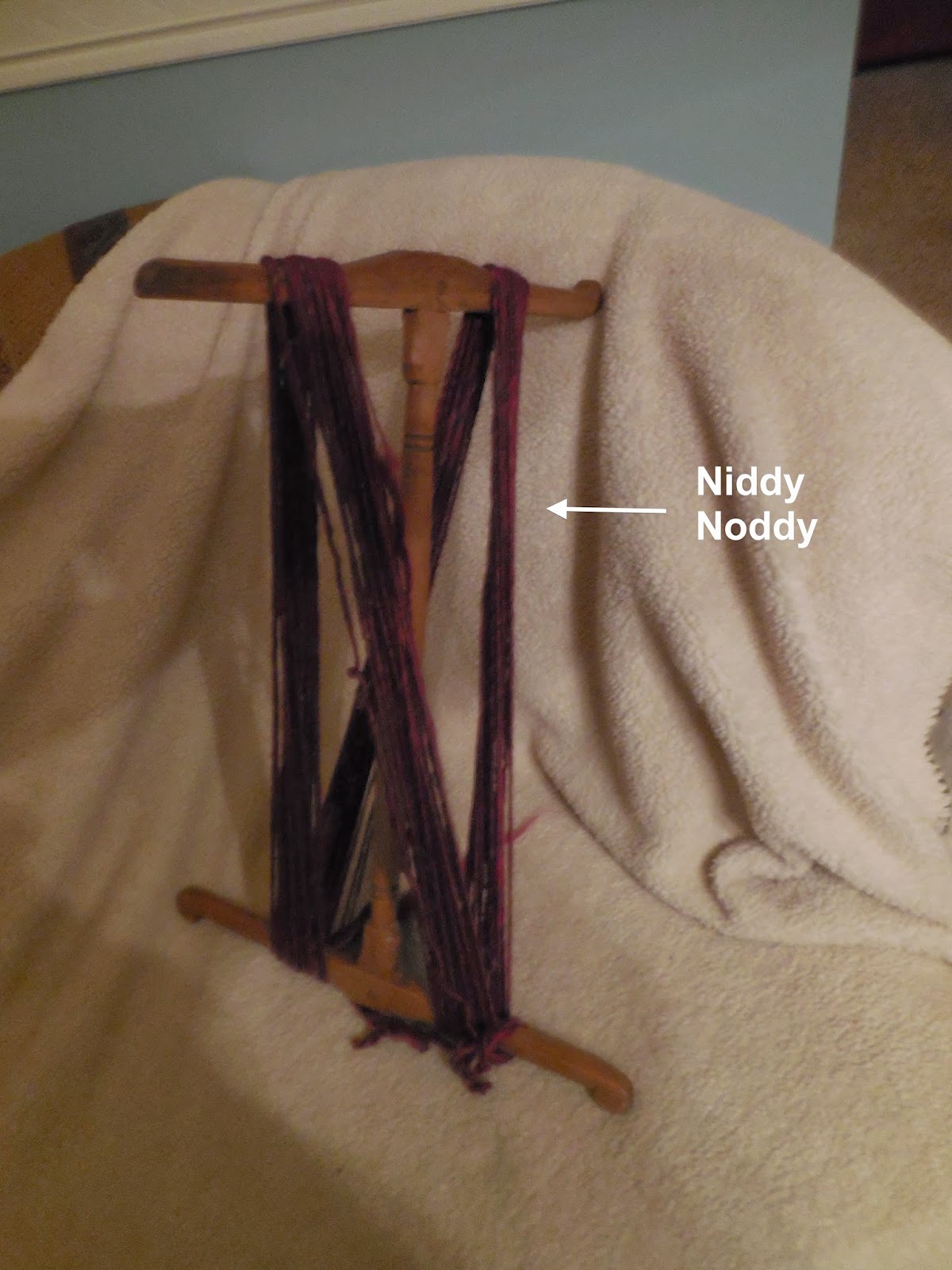 I was winding freshly-spun yarn from a bobbin to a niddy noddy watched closely by Harvey. I knew that I was taking my chances, but he was being a good boy, just reaching out to touch the yarn every once in awhile. Then, faster than I could comprehend, my yarn took off. Harvey was gone, then in a matter of seconds, back again spitting something out of his mouth. I looked at the niddy noddy. The yarn that I had been winding, dangled.
I looked at Harvey again. The thing he was spitting out of his mouth was the end of the yarn that matched the one dangling. The fiber was sticking to his tongue and he was shaking his head trying to get it off.
Still unable to comprehend what had happened, I looked at the bobbin from which I had been winding. The yarn stretched through the door to the kitchen. I stepped through, my eyes incredulously following the spun fiber. The yarn continued down the hall and into the dining room. I followed it. The yarn raced around the dining room table, back through the hall, and into the living room where the miscreant was picking residual fibers out of his teeth.
Gregg, Juno, and Ray came to see what the hysterical laughter was all about. 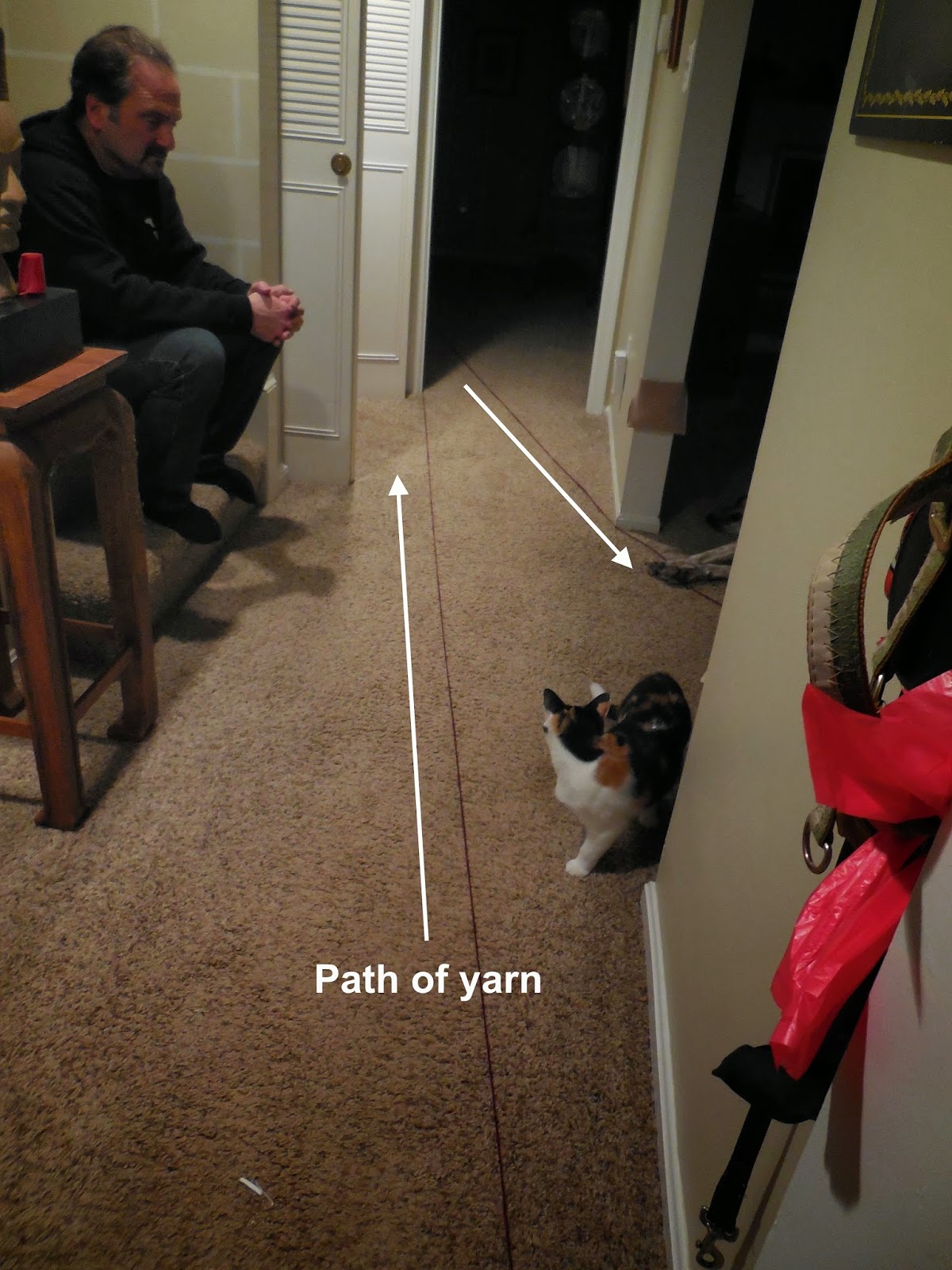 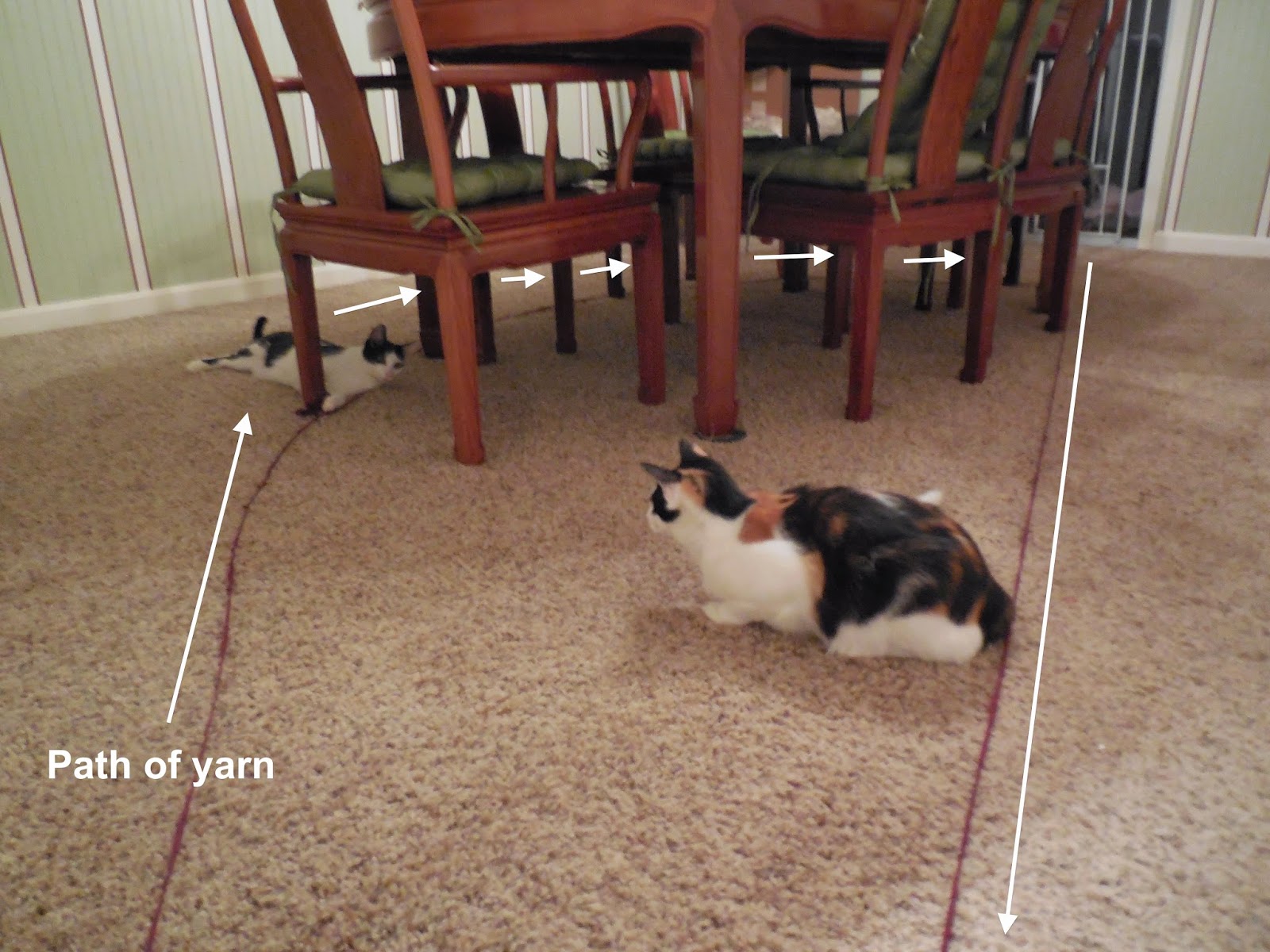 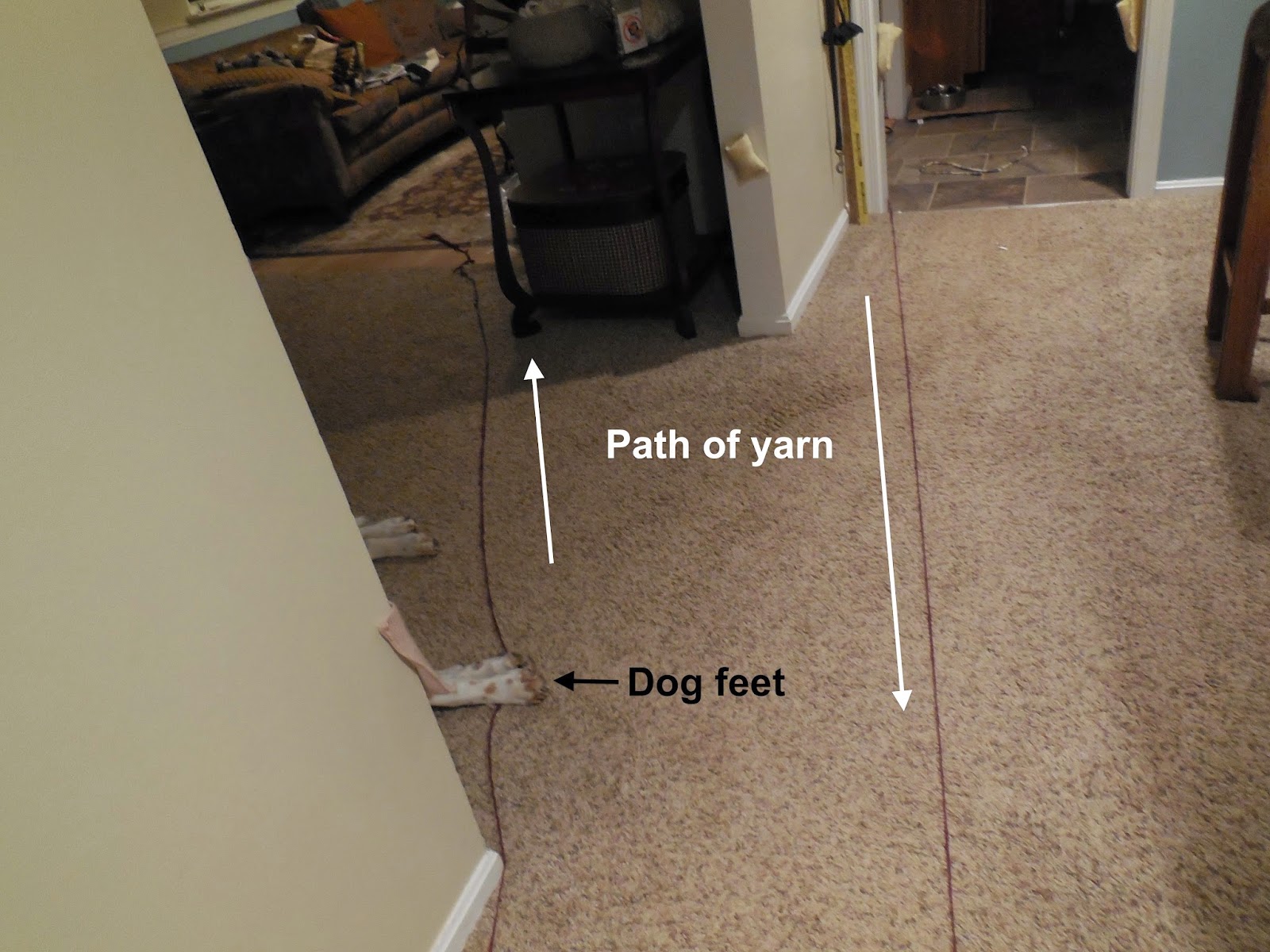