I awoke with a feeling of anticipation, like it was Christmas. The day had finally arrived, Ray was getting his staples out. More importantly, Ray was going to be rid of his unwieldy headgear. A sense of peace descended on me.
I rolled out of bed, and followed by my mobile satellite dish, headed downstairs. Ray clipped his way across the kitchen floor to the back door. It was pitch black outside. I flipped on the light to the patio which did nothing to penetrate the darkness beyond, slipped off Ray's hat, and turned the dog loose outside. He disappeared into the darkness. I waited by the back door. And waited. And waited.
Growing suspicious at the length of time it was taking my dog to pee, I grabbed a flashlight and went in search. I found him at the farthest reach of the backyard, lying behind a bush, furiously licking his back leg. Ray had become cagier. Every time his hat was removed, he would discreetly disappear just out of eyesight only to be discovered licking his wound. And every time he did so I would wonder how he knew that he was out of sight.
The trip to the vet went well. The staples were removed, his teeth were given the once-over and Ray was released, disembarrassed at last of the cone of shame.
Upon returning home, and joined by his shadow, Ray celebrated with a nap in the sunshine. (I would caption these photos, but cuteness needs no caption) 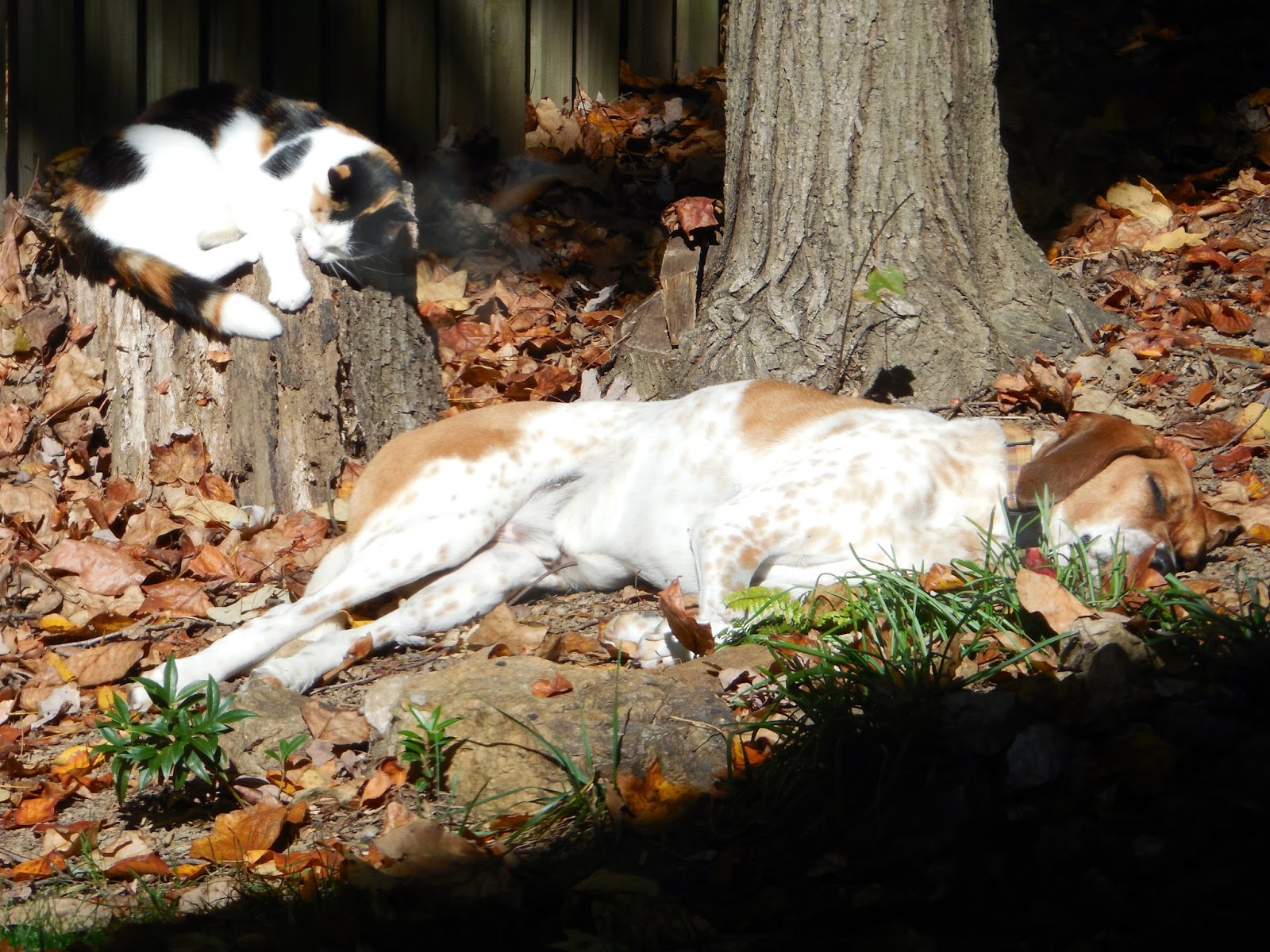 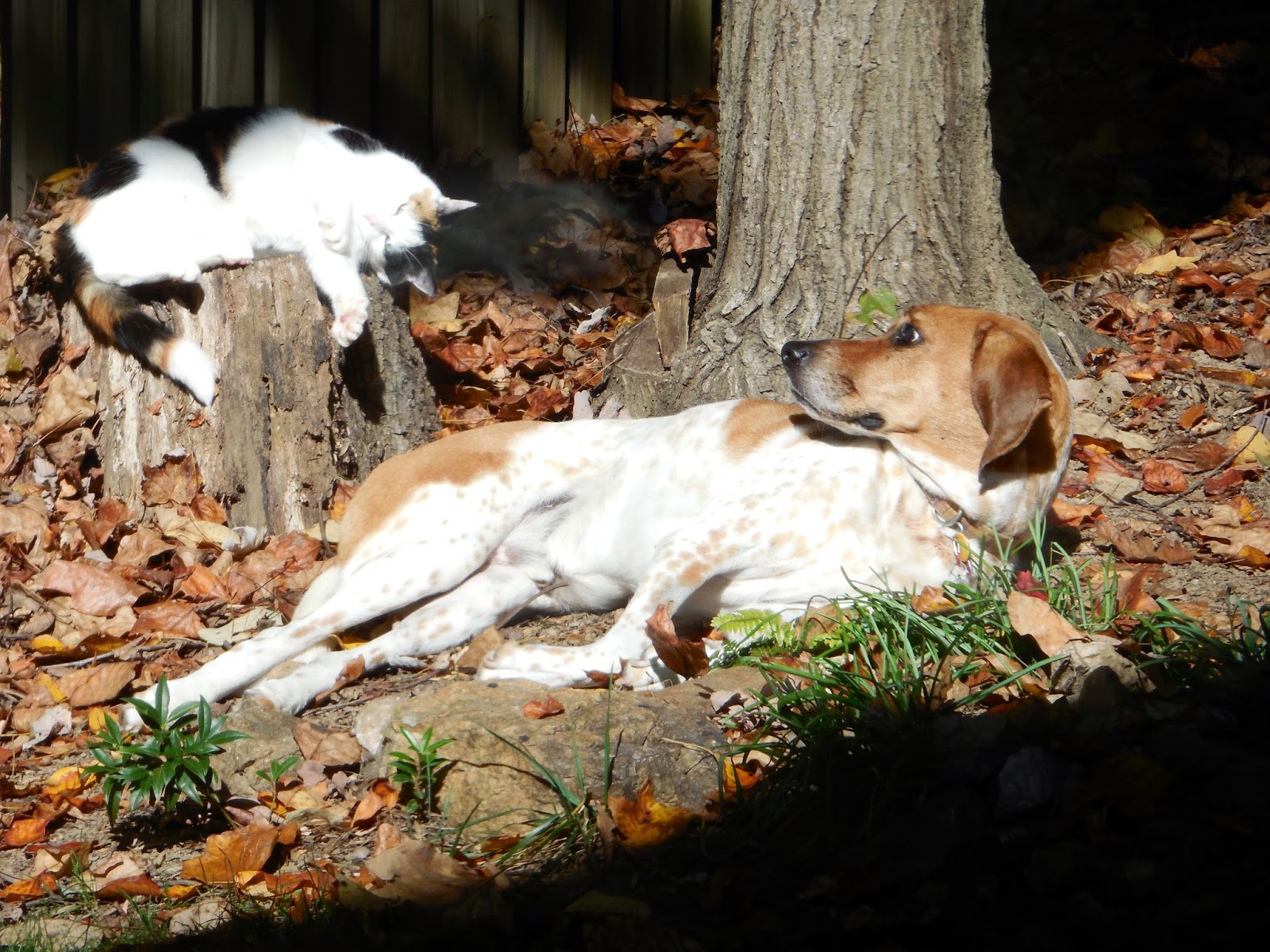 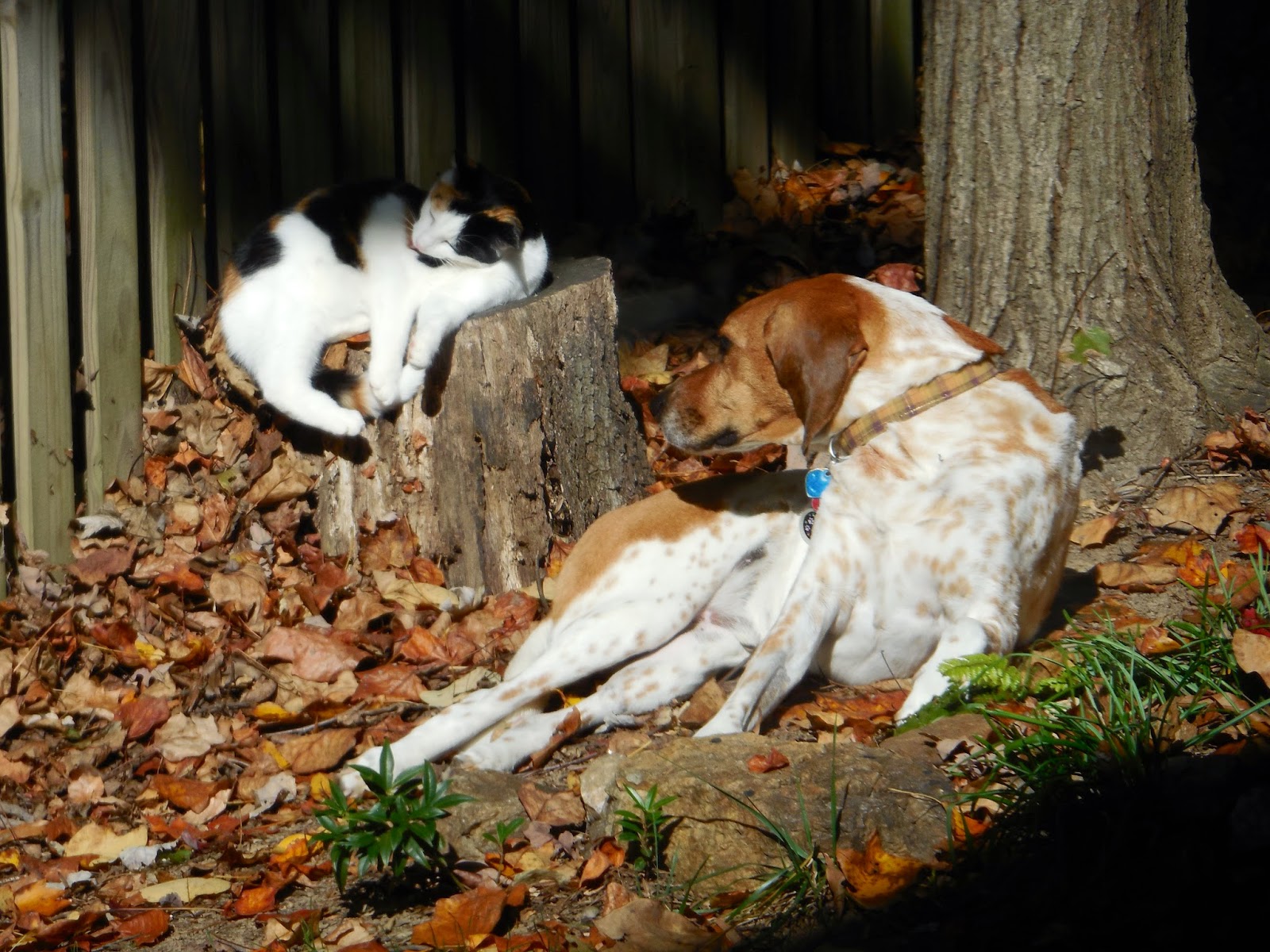 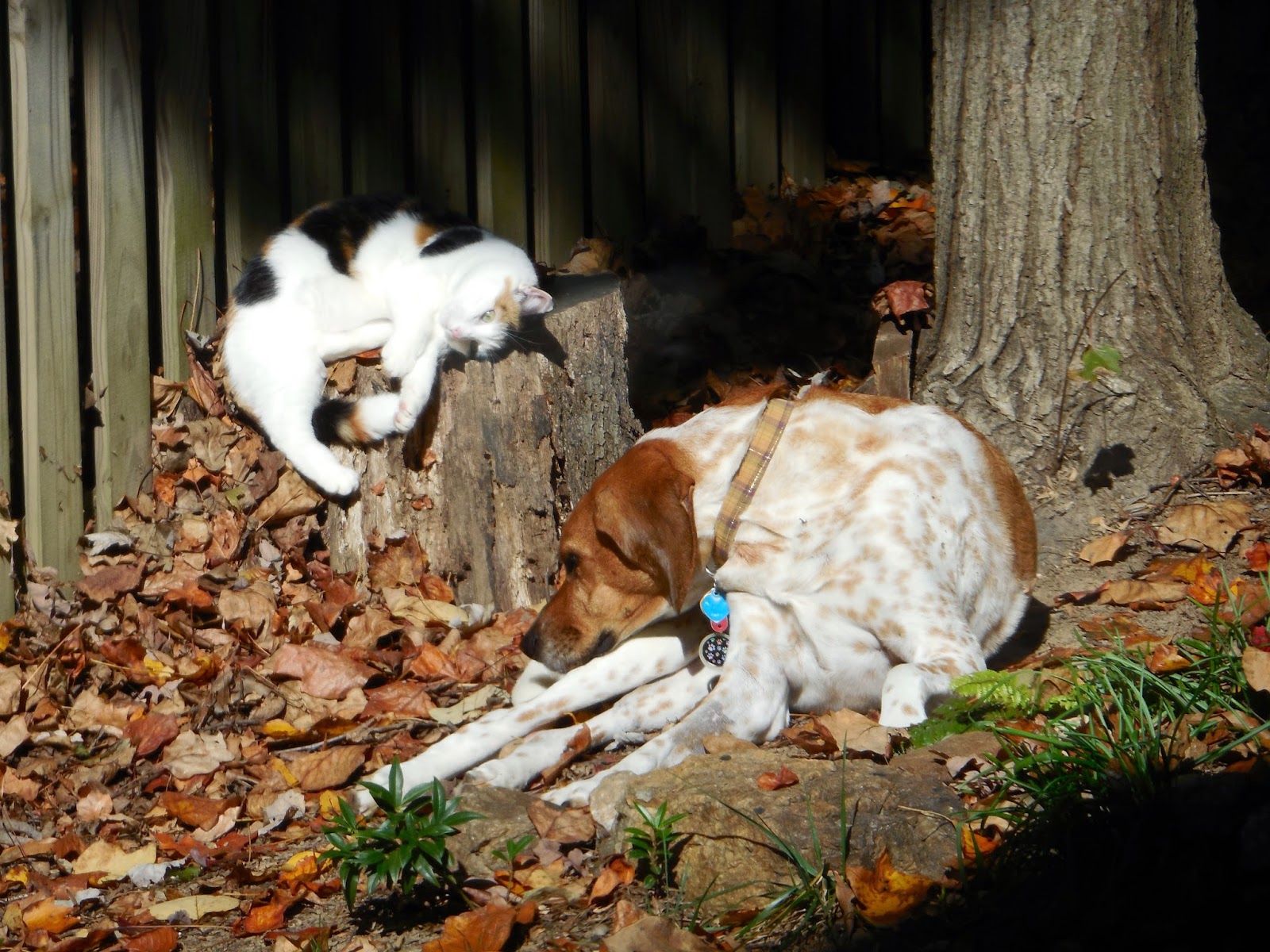 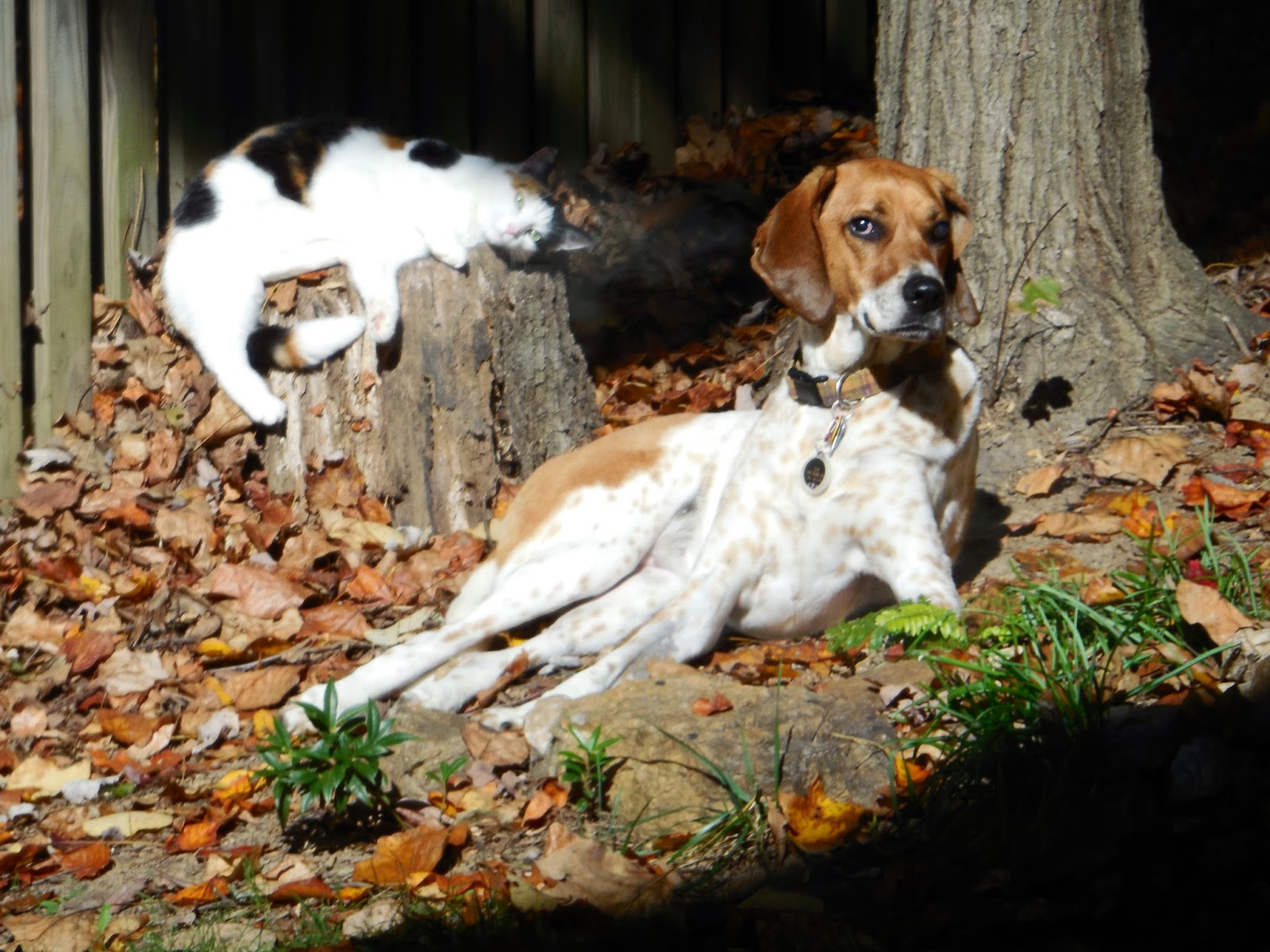