Nothing is happening. Ray is trying to be on his best behavior because Christmas is coming.
I'm sure the following acts have been scribbled in Santa's notebook.
On the Good side: 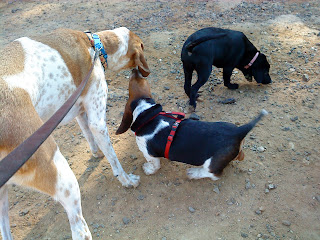 On the demerit side:
Good or Bad (depends on the interpretation):
Posted by Ray the Blind Dog at 4:58 AM