Jean and Gregg Go to Paris. Ray goes to a Sleepover.

For our 20th anniversary, we spent two days in Paris....Virginia. It's a lovely little hamlet (with emphasis on little - population 53) consisting of a block and a half of houses and a four star inn (as rated by happy customers). 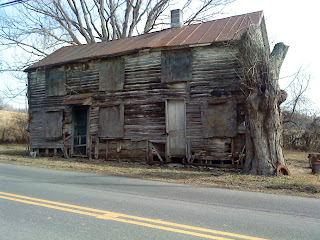 The Inn where we stayed in Paris
Two days to unwind without animals or worries.
We had a lovely time avoiding people and driving around the countryside. Virginia is beautiful in the springtime. We missed that by a couple of weeks. Instead we enjoyed the slightly austere and quite beautiful view of straw-colored rolling hills dotted with little patches of snow remaining from the Big Dump.(see photos from the Big Dump http://www.raytheblinddog.com/2010/02/hello-from-north-pole.html). 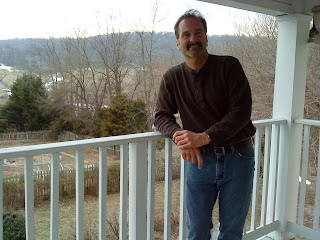 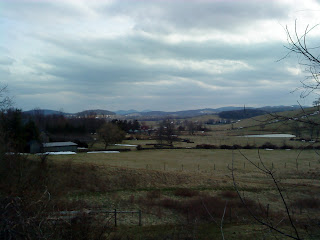 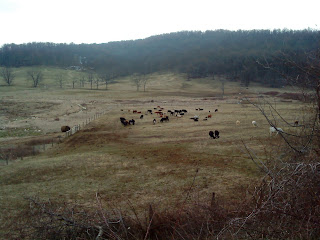 The view from the end of the street in Paris.
During our travels, we met a lovely man who, along with his wife, spends his time (when he is not working as a lawyer) rescuing exotic animals. He and his wife have 24 animals including emus, a llama, alpacas, goats (Nubian and LaMancha), a spotted ass, a miniature horse, and a goose. Every day after work, Animal Rescue Guy drives from the D.C. area of Virginia to his farm to feed the animals. I love meeting people like this. They reinforce my belief that people are fundamentally good. Although his stories of the conditions of the animals when he and his wife adopt them make me believe the opposite. A conundrum.
Animal Rescue Guy 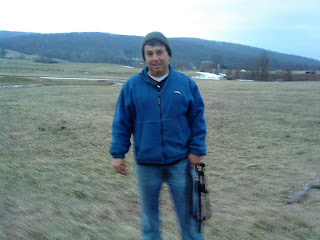 Ray spent two days at Just Fur Pets with his friends at a sleepover. I dropped him off with food, treats, and his pillow and jammies. I had two ways of thinking when I dropped Ray at the daycare/kennel. He spent so much time in a kennel as a lad that, I figured, either he would be totally at home and think nothing of it, or he would be stressed out at thinking he was returning to life as a homeless dog. But Ray loves daycare at Just Fur Pets. He knows all of the people that work there, they all love him and take good care of him, so really I had no qualms when I dropped him off. A few pangs at parting but no qualms. As usual he was happy to go, strained at the leash to get in the door, and didn't look back when I handed him over. What a good dog.
I found that, even on vacation, the pets crept into my thoughts. There was a kennel just down the road from the inn. I thought how great it would have been to be able to leave Ray there then fetch him up in the morning to take him for a walk. We made a stop at the State Arboretum of Virginia 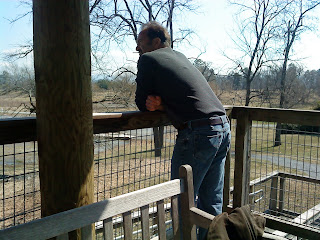 Gregg at the State Arboretum of Virginia
where they allowed leashed dogs and had riding trails and places to park horse trailers. I thought how much Ray would love THAT and wondered what he would do if he ever met a horse.
The inn had a fenced garden out back where I kept seeing cats stalking little critters. I thought how much Hugo would love it out in that huge back yard full of rustling little animals. Our room had a long, bench-like, padded window seat where I spent most of my room-time knitting. I thought how much Moonie and Hugo would love to have a window seat (now I think on it, Ray would love a window seat too). So even though I was away from home, I wasn't really.
After two glorious days of puttering around the countryside, Gregg and I returned to our life in the mayhem that is the greater D.C. area. We stopped at home where we unloaded the car. Gregg stayed behind to feed and fuss over the cats, who were thrilled to see us, while I went to retrieve the dog. Ray gave me quick lick on the face when he realized I had come to take him home, then greeted the woman entering the store behind me like he hadn't seen her in decades. Everything was normal.
I received a status update from Chance. (He has promised me photos of Ray's sleepover and I will post them as soon as I get them.) Chance said that on the first night when Ray realized he wasn't going home at his usual time, he was a bit puzzled. Then he accepted life as it was, and he was fine. Chance said, "I took him for a walk before I left. The four restaurants were cooking so there were a lot of food smells. Ray stood still with his nose in the air for about 15 minutes just sniffing then I took him inside and he settled down for the night."
As I said before, a good dog. 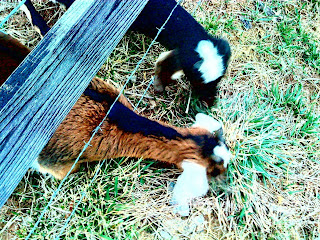 The grass IS always greener... 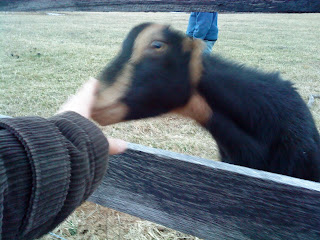 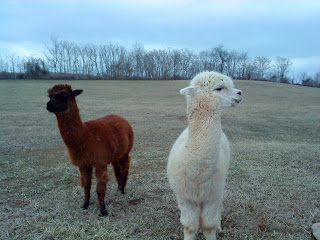 Larry the Llama with friends in background 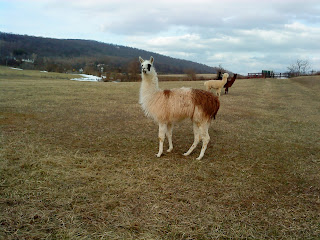 Big Boy (goat), Larry, Cinderella, Cappuccino (behind her) and Coco (at far left) 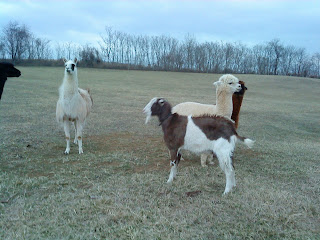 The Spotted Ass and Sheila the Emu (below) 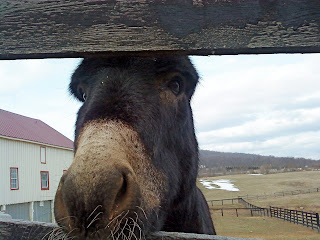 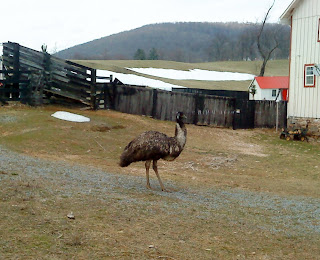