Ray's photo shoot went splendidly. In preparation, I had taken him for a quick walk around the lake where we were able to watch the geese practice their log rolling. 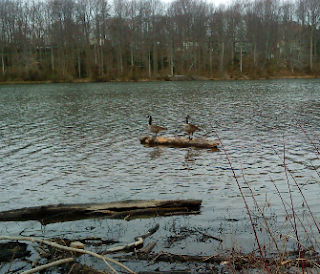 I had thought of taking Ray to the dogpark, but it had rained all day yesterday and the dogpark mud tends to turn Ray from a Redtick Coonhound into a Red Coonhound. The color of the mud is the exact color of his coat (minus the white).
Ray got ready by applying a bit of makeup to his nose. Despite my best efforts to keep Ray out of the mud, he decided that one of his bones needed to be buried ASAP. While the rest of him remained unscathed, the nose knows. 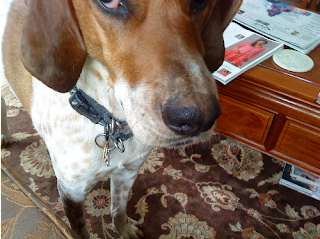 Ray, as always, was thrilled to have a guest. We retired to the back yard where Julie talked to Ray and started snapping pictures. Ray, suffering under the delusion that she was taking photos for a beefcake calendar, kept flopping over to expose himself, looking coyly over his shoulder at his photographer. 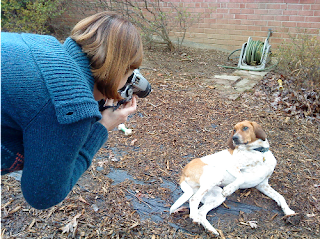 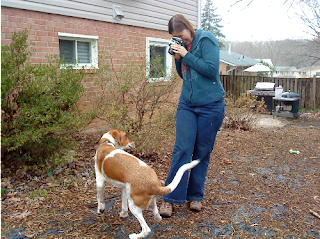 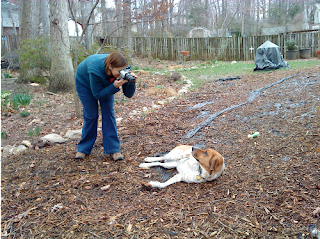 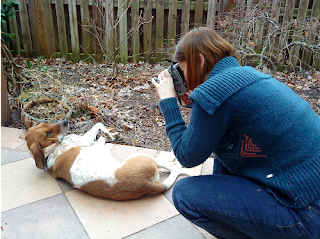 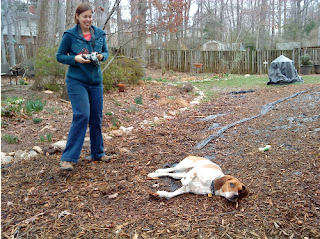 It took some coaxing, but Ray finally sat for a few good shots. 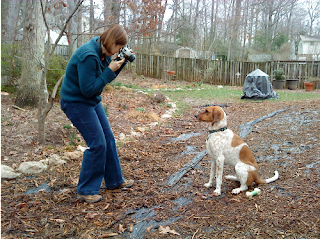 I tried to convince Julie that Ray at the front door with his nose mashed against the glass would make a great painting, but she wasn't buying it. 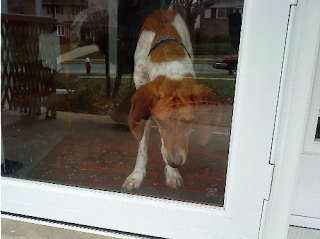 Instead, she sent along the following five photos. I'm not sure which one she is going to use for his portrait, but I'm really glad I'm not the one that has to make the decision. Ray is too cute in all of them.
If anyone wants to see Julie's demo she will be at A Show of Hands on Mt Vernon Ave in Del Ray, Alexandria, on March 19th from 11-2. 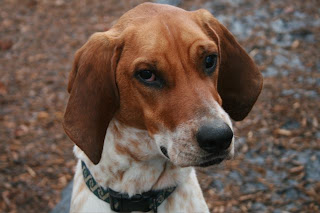 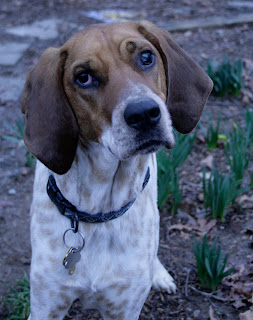 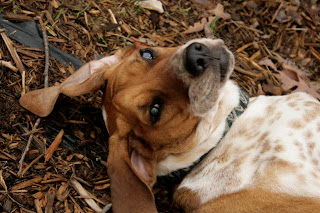 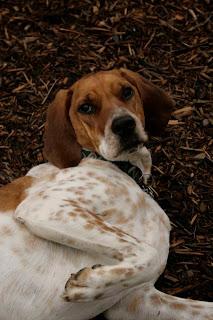 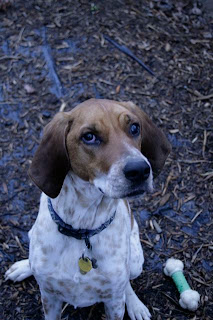