"The government is shut down," said my lovely husband as he walked into the bedroom carrying Juno.
He set our Little Pistol on the bed and crawled back in. It was just past 5:00 a.m. and he had gotten up to get ready for work but was instead getting ready to enjoy an impromptu holiday. Snow was a-comin' and, as usual, panic had set in, the schools had closed, and the government had shutdown. (People outside of Washington can't understand it, but everyone that lives here knows: NOBODY around here knows how to drive in the snow and when they are all on the road at the same time during rush hour, death and destruction reign.)
Juno raced across the foot of the bed and jumped up on the cat perch on the windowsill.
"Where was she last night?" I asked, "She didn't sleep here."
"She was with Ray," responded Gregg.
"WHAT?" I exclaimed in astonishment. "Where?"
"Well, not with Ray, but on the same couch. He was in his spot and she was at the other end."
"Do you think Ray knew?" I asked, curious.
"No, I don't," said Gregg.
Interesting development, I thought to myself. Juno hadn't been there when we went to bed, she must have joined the blind dog sometime in the night.
A few minutes later I dragged myself out of bed; might as well start the day since I was up anyway. Obviously thinking the same thing, Gregg followed.
I entered the kitchen trailed by the two kittens. We heard the jingle of dog tags and watched as the two cats moved to the edges of kitchen while Ray ambled through the middle wanting to go outside. As I washed the cat dishes, Harvey jumped up on the kitchen counter in anticipation of food. I took Harvey off the kitchen counter and put him on the floor, opened a can of cat food, took Harvey off the kitchen counter and put him on the floor, got a fork, took Harvey off the kitchen counter and put him on the floor, put a forkful of food in the bowl, took Harvey off the kitchen counter and put him on the floor, put another forkful of food in the bowl, picked up Harvey off the kitchen counter and pinned him under my armpit while one-handedly I tried to fill his bowl with food, then carried the one bowl and the little cat upstairs to the cat-feeding station. I deposited Harvey and went back downstairs to feed the patiently waiting Juno. I took her upstairs as well and watched as she licked her food and walked away. Juno is not as interested in the canned food. She likes her carbs.
I returned downstairs and sat on the couch to eat my breakfast and watch the morning entertainment unfold opposite me as Gregg tried to enjoy his breakfast of toast and ham. Juno wanted the toast. Ray wanted Juno or the ham, whichever came first. 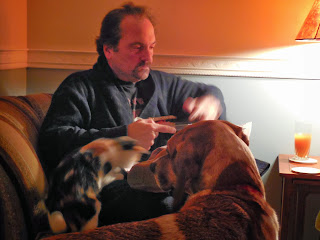 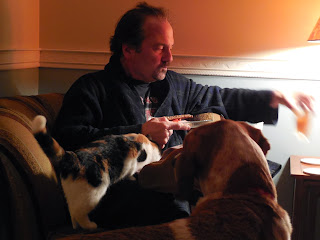 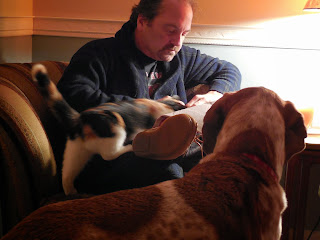 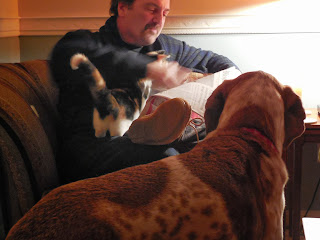 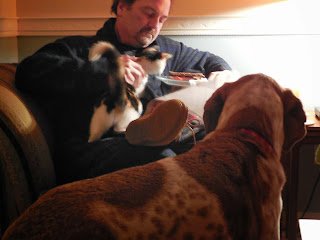 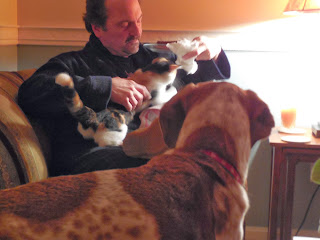 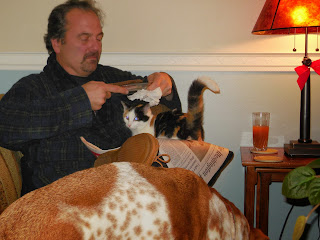 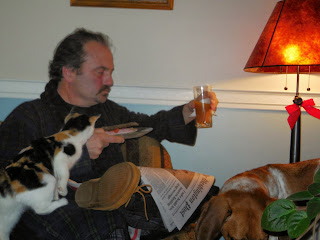 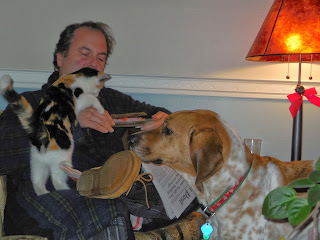 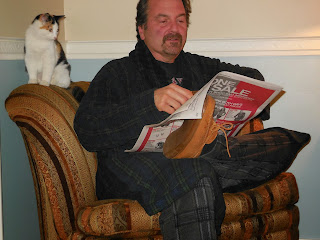 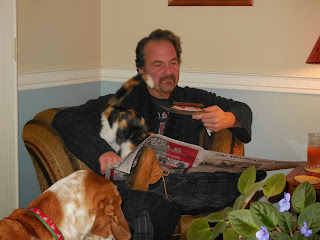 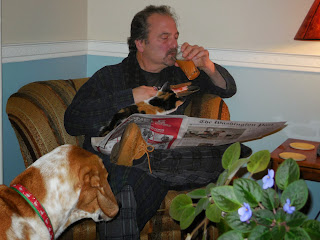 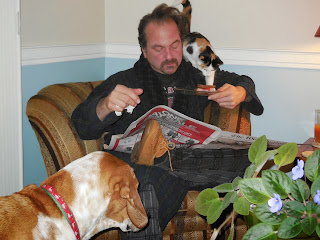 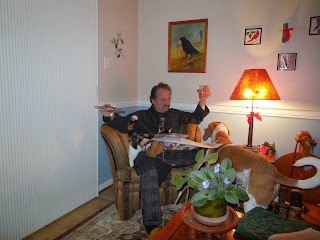 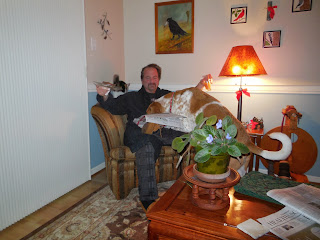 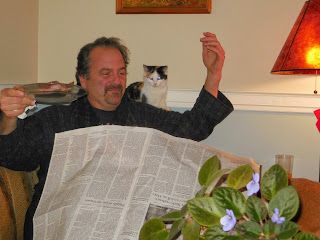 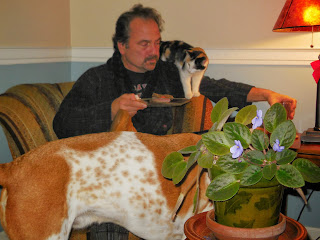 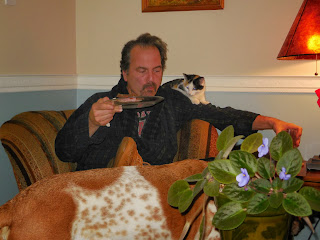 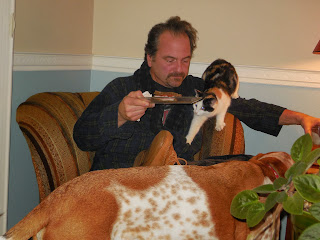 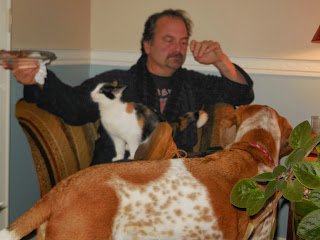