Oh no you are NOT

I had just finished assembling a box to send to my sister, Kathy, for Christmas. Included in the package were presents for her animals. I put the carton on the coffee table along with another package that needed to be mailed the next day. I sat on the couch and picked up my laptop. Ray wandered in. 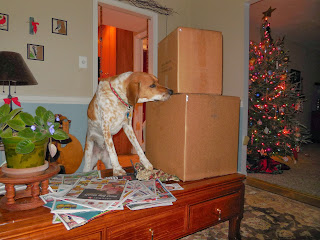 I patted the couch next to me but Ray was sniffing around the box. He sniffed the side leaving wet nose prints along the cardboard, then put a paw on top of the coffee table and with the other pawed the top of the box. He stopped and sniffed some more. He climbed down, circled the table and tried to get into the box from the other side. He climbed down again, returned to the other side, and tried to chew off the tape. Not being able to get a good grip, Ray tried to gnaw through the corner of the box. 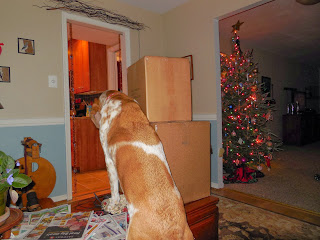 I watched, amused. I hadn't told him I was sending a couple of rawhides to his cousins. In fact, I had lifted a few while offering him one so that he wouldn't notice the light-fingering. Ray had done what he always does with his rawhide and buried it. Now, apparently, he wanted the other ones as well and he knew where they were. 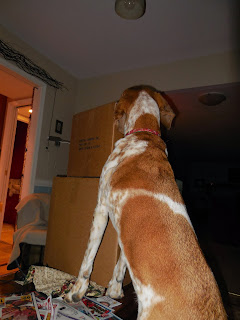 "You're not getting them back," I said to the dog, "We're sending them to Louise and Shotzie for Christmas. They always send you something."

Ray shot me a look. He knew the two rawhides were from his stash and I hadn't even asked him for permission. But, it being the Christmas season, Ray decided to be magnanimous. He gave the box a few more halfhearted swipes then settled himself on top of my ankles. All was forgiven. 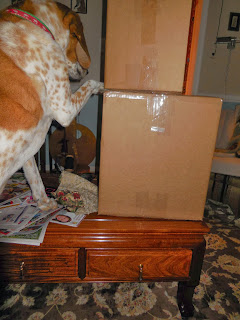 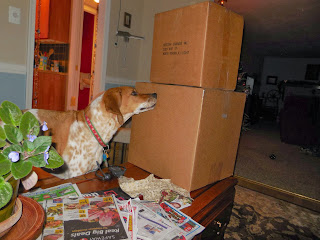 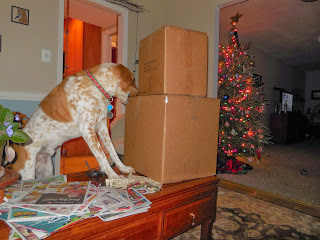 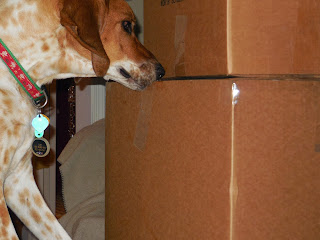 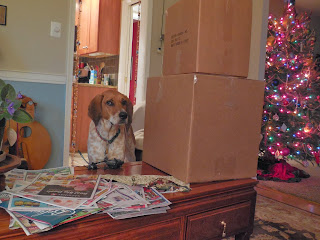