Today Ray and Murphy met a Bedlington Terrier. It was a first for all of us (at least, I don't think Murphy has met one before). I've seen pictures of Bedlington's in books and I have to say, Strider 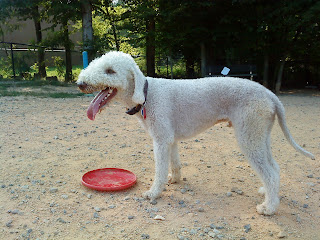 looked just like the pictures. Murphy (Australian Shepherd) was a bit interested in something that looked so much like a sheep, but she caught on pretty quickly that it was a dog and just as quickly lost interest.Ray, however, was fascinated. Strider
became the dog du jour as Ray blasted a few foghorn notes in the poor pups face to try to get him to run. Strider decided that
hanging by his mom was the safest course of action and nervously skittered around her feet until he got used to Ray's dulcet tones. Strider's mom threw a frisbee for Strider to chase, and of course, Ray loves to chase dogs chasing things so he got in on the action for awhile until his friend Izzy, the Bulldog, arrived to keep him occupied chasing her chasing a ball. Izzy acts like Ray doesn't exist, so it works out well for everyone. 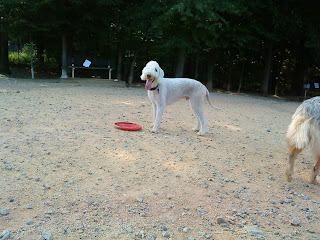 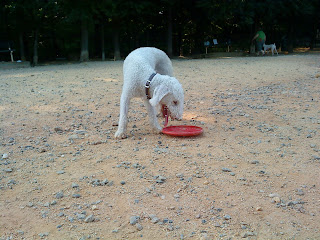 Murphy Circling the "Sheep"
After the park, we dropped Murphy at daycare and headed to the vet to get Ray's nose checked out again. The strange little bump had gone away upon treatment then another one popped up next to the spot where the other had been. Ray got to visit his favorite Vet tech and all the nice people at the Village Vet. He really loves going to the vet, quite possibly because everybody is so nice to him, he gets treats, and he gets his belly scrubbed. 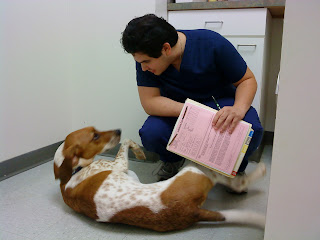 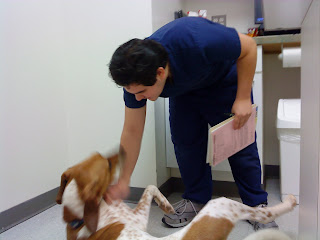 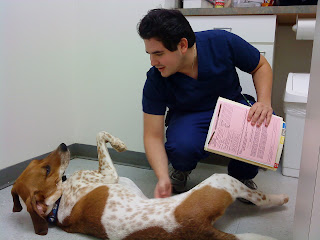 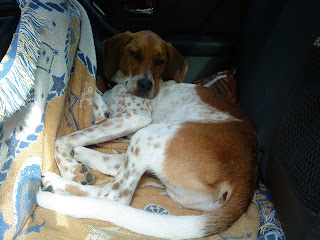 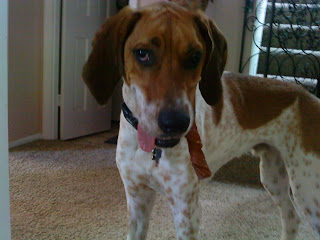