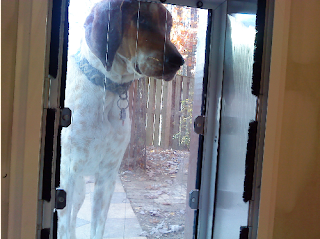 Ray at the door, BW (before William) 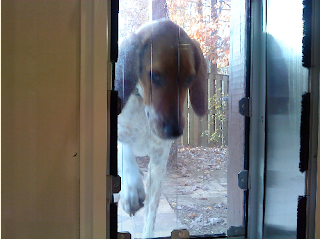 Well, as you can tell from Rachel's email, the dog door has been installed. It looks amazing, doesn't let any cold air in, doesn't let any warm air out, is secure, and works great. The crew even installed a concrete step, just for Ray, right outside his door so that the dropoff wouldn't be too far down. So he could feel that there was ground when he put a paw out. There's just one teeny, tiny problem. Ray was afraid to use it.
So, in order to make the door more palatable to the blind dog, I brought out my secret weapon. I called William. Steve, Williams grandpa answered the phone. "Hey Steve," I said, "Can you send William over. Ray won't use his new dog door" Steve never even questioned why. He knows. I think everyone knows. Ray will do ANYTHING for William.
So this afternoon, William showed up at my door. I gave him a handful of treats (not that he needed them), positioned William on the outside of the door and told him to call Ray. William called, Ray went out.
I brought William in. William called, Ray came in. Every time. Without thinking twice. We didn't even have to hold the plastic doors aside. Ray just went through. 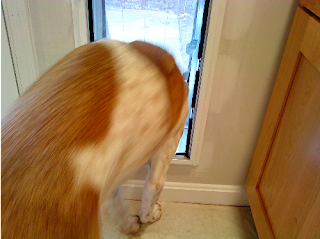 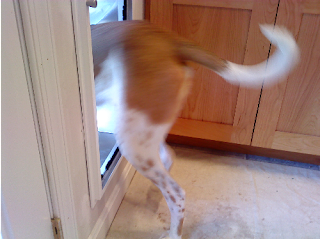 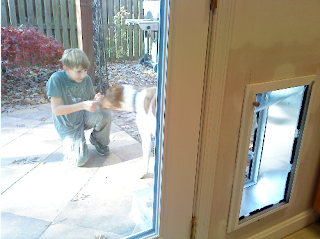 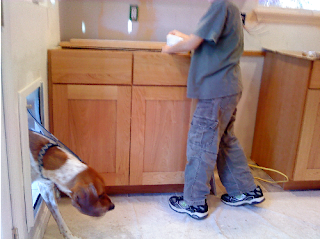 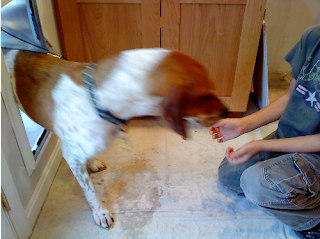 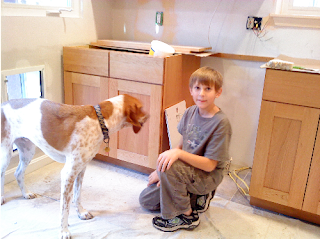 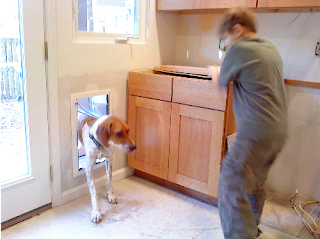 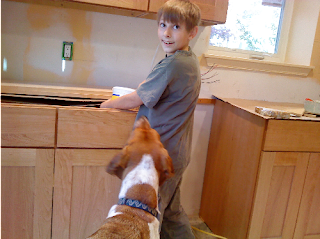 So of course, I got the camera and recorded the historic event.
Posted by Ray the Blind Dog at 7:48 PM